A Brief History of Palombo’s Restaurant

Just east of Zimber Creek and west of Mohler’s Hardware and Mathie’s, you will find the signs that mark the town of Marchand, Ohio. Joseph Marchand (1825-1889), a son of French immigrants, was an enterprising young man who founded Marchand. Although beginning as a farmer, Joseph Marchand was soon able to branch out after selling a strip of his land to the railroad. The money from this sale helped him build a hotel, a saloon (The Zimber Inn), a general store and a grain elevator. The train station just east of the B&O Rails was erected for the town of Marchand. It was an important train stop for the people, farmers and the merchants of New Berlin (North Canton), Jackson township and surrounding area. For a time, from 1881 to 1916, the bustling metropolis of Marchand, even had its own post office and at least one horse.

Early in the 1800s, Joseph Marchand’s daughter, Louis Marchand, married Joseph Zimber and the two set to running the Zimber Inn/Saloon. In the early 1900s, an ad was placed boasting  “J.J. Zimber’s Restaurant, Dealer in Sewer Pipe Supplies.” Although marketing may not have been Joseph Zimber’s strong hand, the Zimber Inn soon entered the pantheon of neighborhood gathering places, dining spots and watering holes for the people of New Berlin/North Canton and Jackson Township. Their daughter Olive (Zimber) Goodall eventually took over the Zimber Inn and ran it until she and her husband John retired to Florida, leaving the day-to-day operations to their twin daughters. In 1965, The Zimber Inn was sold to Ivan Cabassa

In 1979, Tony Palombo bought the Zimber Inn and changed the name to Palombo’s. Soon after, his wife, Beverly, quit her job and devoted her energies to the restaurant. With the help of their children, they went to work rebuilding and updating the kitchen, dining rooms and bar area to what it is today. Tony and Beverly’s vision, hard work, limitless good humor, kindness, recipes – as well as their friends and patrons – are the inspiration for all of us here at Palombo’s restaurant. 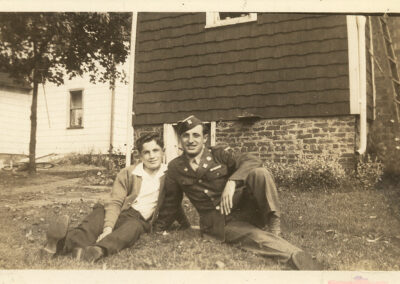 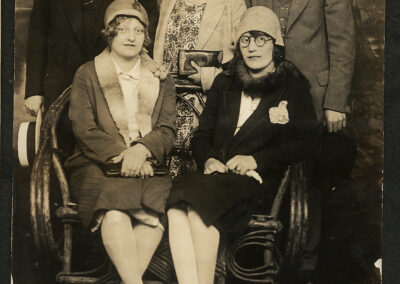 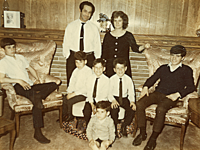 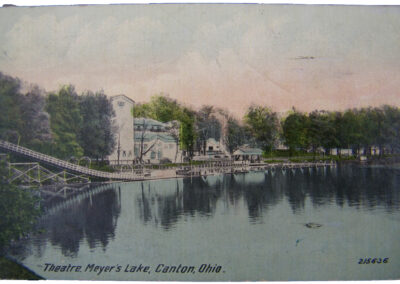